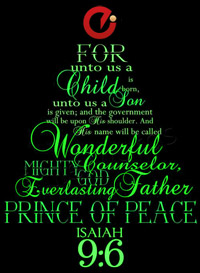 If there is no resurrection of the dead, then not even Christ has been raised.

When it comes to Christian belief in affluent consumer cultures, the diversity of choices is more daunting than visiting the mall  food court or Starbucks. Actually, it is more like that great scene from Indiana Jones and the Last Crusade when the competing archaeologist must choose the Holy Grail from among a table full of chalices. Choosing poorly can have some serious ramifications.  Biblical convictions now vary significantly from “Christian” to “Christian” within very small geographic areas.  I would say that the survival of authentic Christian belief is at stake in this age.  Given the fact that Christianity is a faith based on numerous documented historical facts, some being supernatural and miraculous, I find that I cannot sit by idly as I continue to learn of the ways authentic Christianity is watered down, revised, altered, and blasphemed into something “other than” Christianity.  Christ and Culture Revisited by D.A. Carson tackles this issue by describing a set of “non-negotiables” related to the Christian faith. I find these to be a refreshing litmus test for my own faith and a much needed “belief challenge” to professing and “yet to profess” Christians. This evangelism tool intends to make sure that the “good news” is not false news, revised news, humanistic news, or blasphemous news. Biblical support is added with the intent being to read the verses and “non-negotiables” and MAKE A DECISION. I believe a true biblical salvation experience hinges on these decisions. In addition to the decision support tool, a mini-questionnaire will eventually be provided that could be used to assess groups of people regarding these historical events. Exposing anemic beliefs might allow the true cup of salvation to be grasped  so that spiritual health is restored by the blood of a crucified and resurrected Christ!
View Non-Negotiables HTML Table
View/Download Non-Negotiables as PDF
View/Download Non-Negotiables Table as PDF
View/Download Non-Negotiables as Excel File